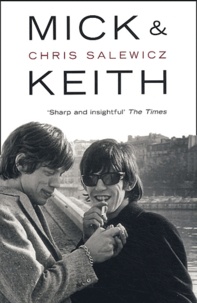 Mick Jagger and Keith Richards have been together for over forty years. The oldest married couple in the music business, theirs is the quintessential story of sex, drugs and rock and roll. Chris Salewicz traces their journey from the early sixties jazz, blues and rnb scene in and around London, through the swinging sixties to the Stones French exile of the early seventies. Along the way Micks numerous and complicated relationships are untangled while Keiths descent into desolate heroin addiction is assiduously chronicled. Salewicz delves behind the recording sessions and places the key Stones records in context. What emerges is a thoroughly detailed and comprehensive slice of rock and roll life in the heyday of the band that changed popular music for ever.